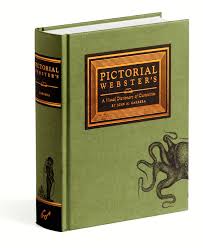 The Pictorial Webster’s is a collection of images from the Webster’s dictionaries of the 19th century. While this may seem rather ordinary, the visual result is extraordinary. Each page contains multiple starkly drawn images grouped alphabetically, not topically. The result is a surreal mix of non-cohesive images that is hard to look away from. Perusing this volume draws one in so that time seems to disappear. 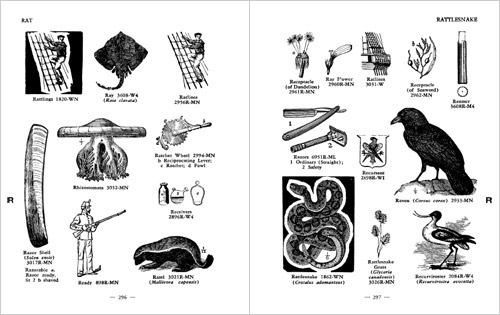 Gorey’s “The West WIng” is a stark and simple masterpiece. The book has no dialogue, only images of rooms. The images range from slightly off (a room with vaporous looking wallpaper) to overtly eerie, (a room with two somethings-whiteish floating in mid-air). Flipping through the books takes less than a minute the first time, 5 minutes the second time, 20 minutes the third time…. 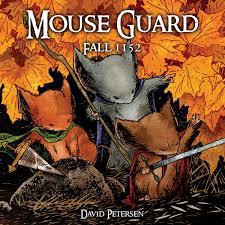 The Mouse Guard series is a beautifully illustrated series of trade paperback comic books centered around the exploits of a band of mice warriors. Despite the child-friendly character designs this is not a tale for children. Their civilization is under constant threat from foreign powers and traitors. The stories are raw and brutal, which heightens the impulse to cheer for every act of bravery against impossible odds. 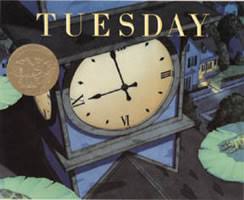 Tuesday is children’s book, I suppose – no reason that it should not be, even though the artistry will be lost on them. The only text in the book is notifications in regard to the time, the rest is a visual history of a party of frogs flying/floating around town on a Tuesday. Sort of cute, very surreal, unforgettable.

The Museum of Lost Wonder is laid out like a comic book, following a lone boy as he explores the bizarre museum. The boy, however, is just an excuse to show the reader the incredible museum. The museum is voluminous, magical, impossible, and most of all, psychological. The exhibits, if you can call them that, center around mythical core aspects of the human psyche. The (purely fictional) back story to The Mysteries of Harris Burdick is that a would-be author dropped off cover images, each with a caption, for books he was planning to write… then disappeared without a trace. Every image and its matching text is wildly creative and thoroughly compelling. The genius of The Mysteries of Harris Burdick is that the it challenges the reader to fill in the gaps but leaves the possibilities wide open.

“The fifth one ended up in France.” 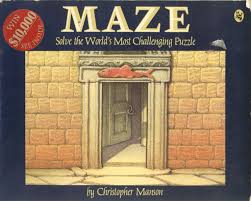 MAZE is a puzzle book in the same way that the Taj Mahal is a gravestone. It combines an incredibly complex maze of rooms with an Edward Gorey sense of unease. The puzzles are like no other, difficult and beautifully crafted. The unseen “guide” leads the unseen visitors through the puzzles, room by room, to their doom… challenging the reader to avoid their fate.