As I am defining it, a curious novel causes a sense of uneasiness that runs contrary to the genre that appears to inhabit. These novels can be science fiction, fantasy, horror, or classic fiction, so long as a predominant factor is that something with the book is… off, not just unexpected, but wrong, as if the reader is missing something important.This sense of disquiet makes these novels not quite fit completely in any genre so I have coined a new one, “curious.” 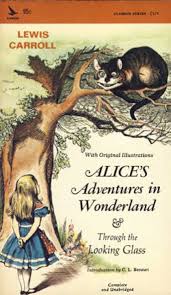 The quintessential curious novel. It looks like a children’s book but contains a deep critique of objectivism. The language games are complex and the plot convoluted. Lewis Carroll set out to capture nonsense and succeeded. A sense of disquiet permeates the book. It is nonsense, we know this, but we cannot stop trying to classify and quantify.

The Heart of Darkness is a story about horror and insanity, but it is not a horror novel. The story isn’t scary, it has practically no plot. It is memorial to the decent of one man into madness as seen from an largely uninformed outsider. It is not dramatic or graphic. It is measured and oddly unsettling.

C. S. Lewis’ “The Screwtape Letters” is a book letters from a senior demon to his lesser nephew demon on how to corrupt the human heart. It’s not quite an allegory, not quite a parable. It is a thoroughly compelling account that speaks true to the human condition. The letters describe the nature of temptation and corruption in such truthful manner that no one is immune to their bite. 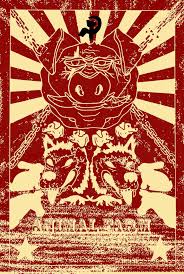 Animal Farm by George Orwell is an allegory for political corruption set in a farm yard of talking animals. The impetus for the story is the Bolshevik Revolution in Russia. The story is disturbing. The pigs plot a revolution. The farmer is disposed of. The pigs rule over the other animals using double speak to hold their allegiance  Then the begin using force, take up residence in the farmer’s house, and begin to eat meat. Animal Farm is more than an allegory, it is the account of a creeping disaster caused by the corrupting influence of power. 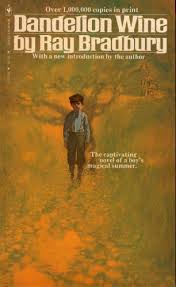 Dandelion Wine is the story of a one boy’s highly unusual summer. There is a murderer haunting the town, an amateur inventor is building happiness in his garage, and Douglas Spaulding has just realized that he is alive. Part coming of age novel, part science fiction adventure, and part mystical voyage, the strange stories of Dandelion Wine are enthralling, magical and unsettling. 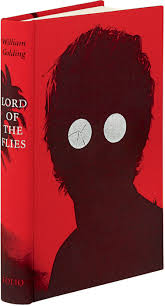 The Lord of the Flies is an allegory for the human instinct to fight and kill. It is the story of a group of children trapped on an island who build a miniature society which bit by bit falls into savagery. The story is graphic, the plot riveting, but what is unsettling is the familiarity, the humanness of the fall.

For the first third of the book A Wizard of Earthsea appears to be a traditional, though well written, fantasy novel. Then the wizard-to-be, Sparrowhawk, unleashes a shadow. The shadow is a mysterious blot of darkness with one goal, to possess Sparrowhawk. The story that follows, of hiding, running and resistance, is a masterpiece, a timeless metaphor of trauma and recovery. 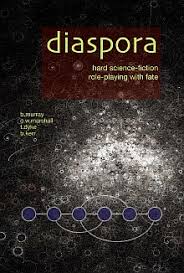 Diaspora is bold, visionary hard science fiction novel set in the incredibly far future. The events of Diaspora sounds like traditional far future science fiction fare, robots, A.I., space flight, an alien world. The difference is Greg Egan’s commitment to the laws of a natural universe which leads the inevitable conclusion. Some day the journey will end. 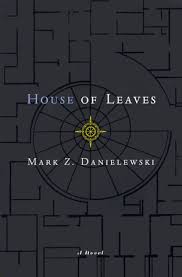 It has been called it a horror novel without the horror. It has been called the definitive postmodern story. House of Leaves is the modern world’s Alice in Wonderland, exchanging our comfortable order with chaos. The story revolves around a chest of papers, a novel, about door in a house that leads to an abyss of rooms and hallways, that lead deeper and deeper into the darkness. House of Leaves is built of uneasiness.