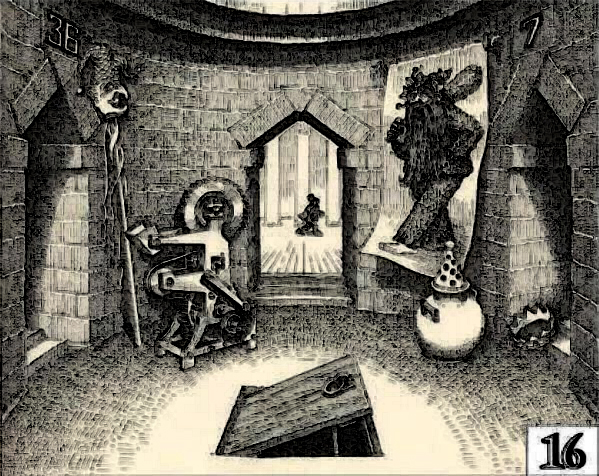 …a stone chamber which reminded me of my old neighbors. Of course, that was a long time ago now, but would you believe their descendants are still telling stories about me and my family to their children?

Even if most of the stories are lies and exaggerations, it is immortality of a sort.

As I passed in front of an open doorway a figure, crossing the hall outside, saw me and immediately ran off.

“Who was that?” they asked.

“Another visitor, to be sure.”

“You probably scared him,” I said, and they apparently believed me.

With few regrets on my part we left for…

● The picture on the wall is Orson (as represented in the print by 16th century artist Peiter Brugel the elder) from the play/novel/poem “Valentine and Orson” [Independent Credit: Kubala Koala | White Raven] This theme is reinforced by Os and Vs hidden about the room. (V shaped keystones over the doors, circular room, O shaped handle on the trap door, V shape gap of the open trapdoor, circular silhouette of the pot, circle holes in the pot lid, circular gears, etc.) [Shared Credit: Aria / SP] “Valentine and Orson” was written by an unknown French author in the 15th century and rewritten in several forms in the 16th and 17th centuries. A common element is the rise of Orson from unthinking wild-man to king. The jester/fool and crown are paired symmetrically and represent Orson’s story. The correct door is indicated by the crown. [Independent Credit: MIT10 | White Raven] The mention in the text of another visitor who runs off, may be a reference to the villagers fleeing from Orson during his early days as a wild-man. [Credit: Vewatkin] [Note: This solution is incomplete] 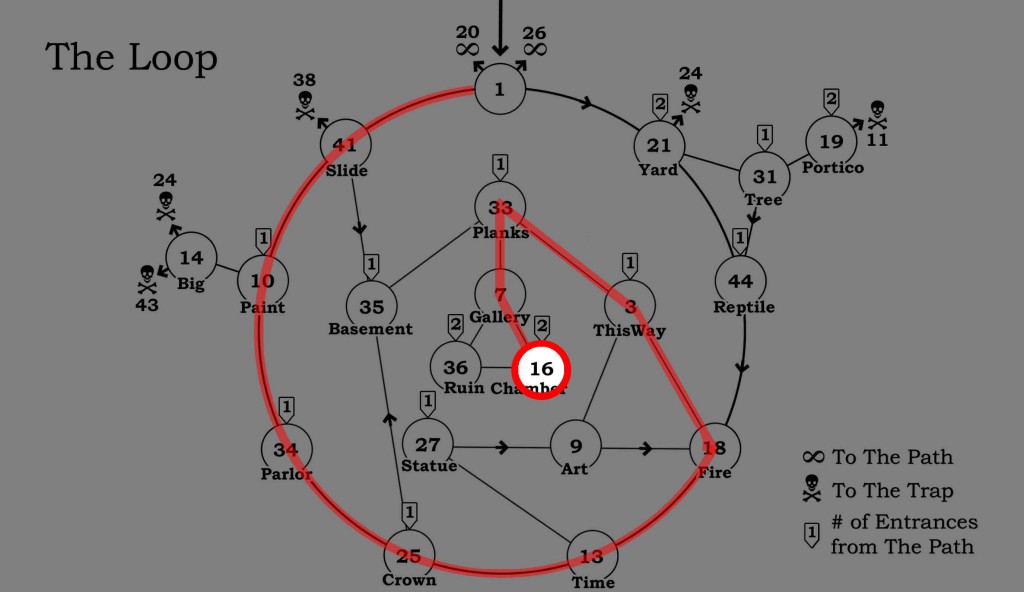