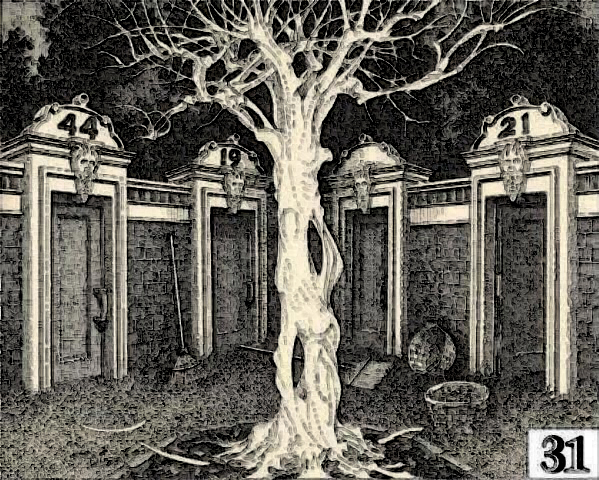 …a melancholy little courtyard surrounded by a brick wall too high to see over. A dead tree lifted its bone-white branches to a sky filling with gray clouds.

“You should say, ‘They look very strangely,’” I corrected.

“They seem to be watching us…”

A sudden gust of wind made the branches clatter against each other like old boards. Dead leaves began to gather at our feet.

● The left most branch (that looks somewhat like a skeletal arm) is reaching for door 44, which is correct. None of the other doors are indicated in this manner. [Independent Credit: Beelzebibble | White Raven]

● The two holes in the tree look like eyes on their sides, this is reinforced by the emphasis in the text to the faces looking. [Independent Credit: Hidden Mystery | White Raven] The 4s in “44″ are closed creating two holes/eyes and so the holes/eyes in the tree suggest we take door 44. [Independent Credit: Aria | White Raven] The hole-shaped capitals above the doors reinforce this solution. [Credit: Aria] The four sets of eyes of the faces above the doors reinforce this solution. [Credit: White Raven] [This solution is incomplete] 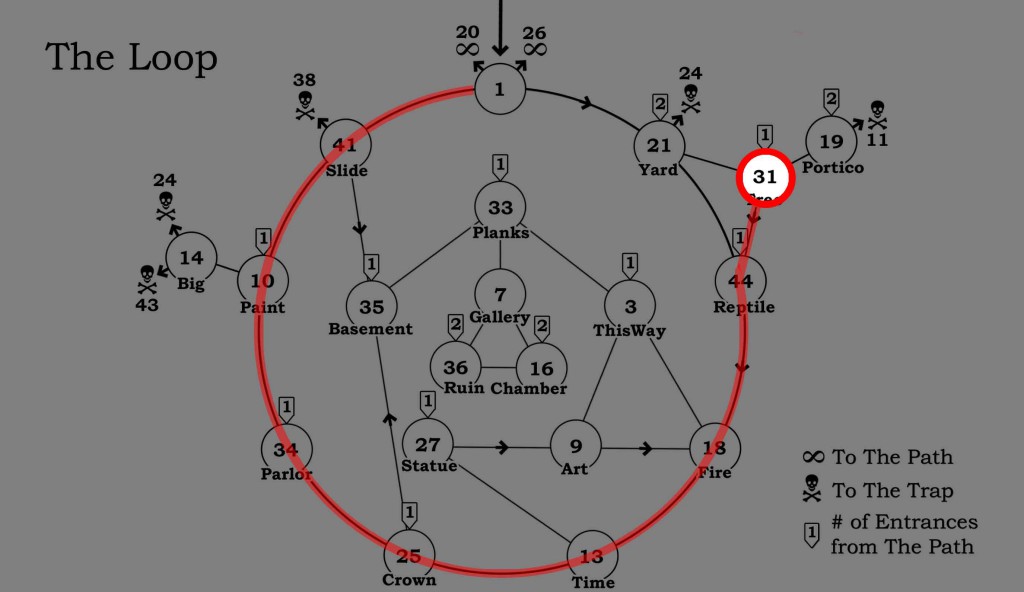