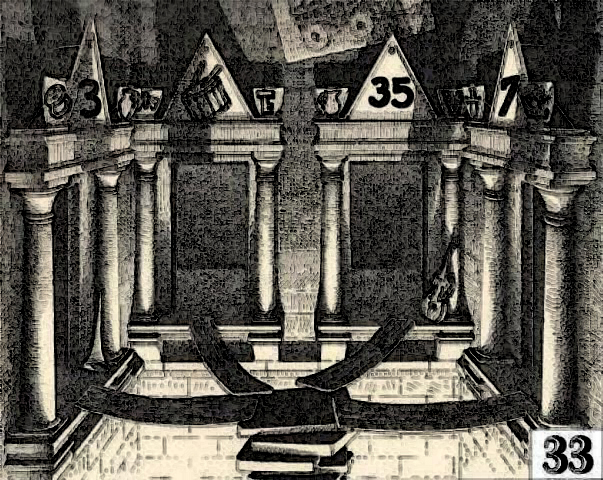 …the room with no floor. They crowded each other on the narrow ledge. The bold one ventured out to the center.

Realizing that they could see all of the signs only from the center of the room, several wanted to turn back.

With exaggerated caution, considering their predicament, they finally reached the door they wanted and eventually found themselves in…

● The flutes in a V next to door 35 and dagger next to door 7 both point downward into the pit while the clarion in the doorway to door 3 points upward away from the pit. The triangle signs point up suggesting we look for an upward escape. [Independent Credit: vewatkin | White Raven] The sign over door 3 is the only sign for an available door not lit by the (hellish?) light from below. [Independent Credit: vewatkin | White Raven]

● The phrase in the text “turn back” – if the wagon went backwards, it would go toward 3 (the angle is accurate). [Credit: vewatkin]

● The violin/fiddle has no bow and cannot be played. The drum in the picture is playing but it is just a picture. The clarion, however, can be played. This suggests we take the door next to the clarion (door 3) and not the door next to the non-functional violin (door 33). It also perhaps suggests that the door associated with the drum (from 17, locked) was correct and a person coming from there took a wrong turn (cf. the crown in Room 25). [Credit with a hint: Moleman | Credit: White Raven] 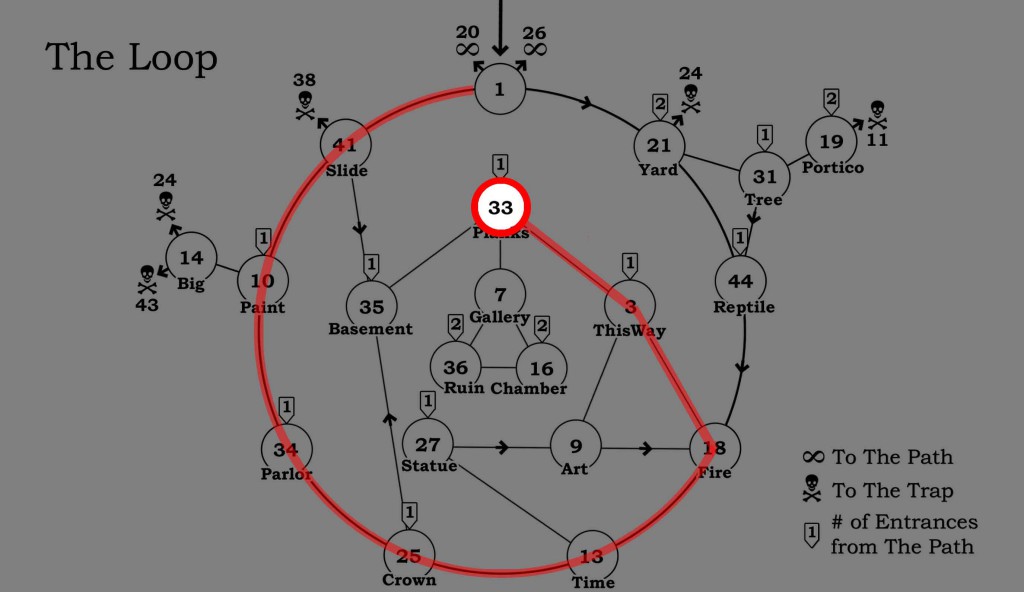