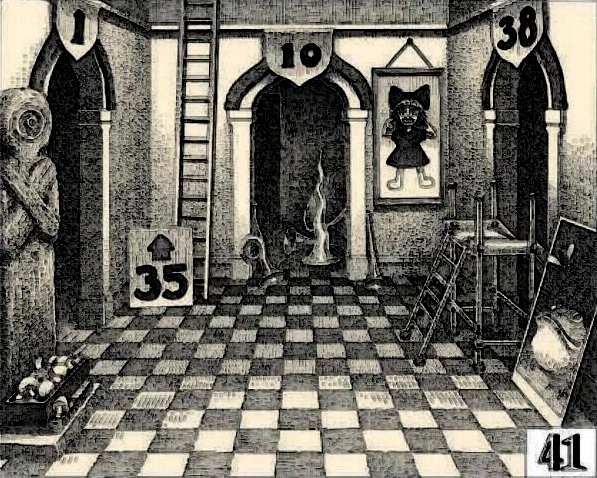 …a room with a special piece of furniture I thought might appeal to my guests.

“How can we trust that thing?” one remarked. “Who knows where it ends up…”

I knew, naturally, but that wasn’t the point. They were pretty sure of themselves, and went right on to…

● The picture of the frog and a fly is a sign that taking the slide is a trap, which it is. [Credit: R. Serena Wakefield]

● The checkered floor, ladders and the chute recalls the classic board game Chutes and Ladders.  Winning Chutes and Ladders requires reaching the square marked 100. [Independent Credit: Kon-Tiki | White Raven] The doll in the picture on the wall is pointing to it’s wide open eyes which look like two zeros, combined with the “1″ of Door 1 this gives us 100 the winning space – indicating 1 as the correct door. [Credit: Kon-Tiki] The doll’s dress recalls the illustrations of girls in dresses in the version of the game in circulation in 1985. The bow on the doll’s head recalls the blue ribbon image on square 100. [Independent Credit: Marianne | White Raven] 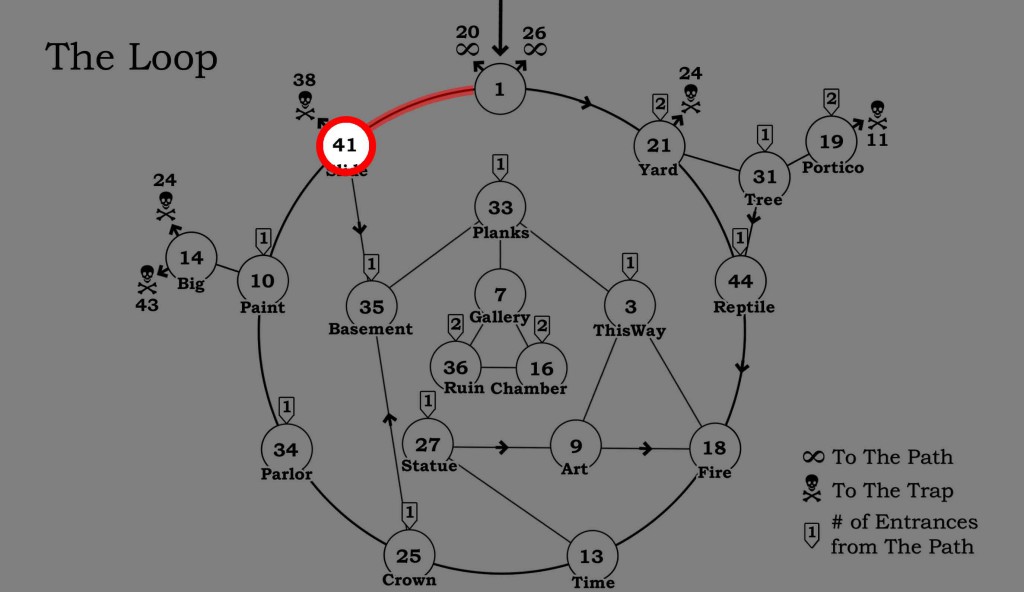