“Brainteaser” is the common name given to an kinetic object puzzle (not be be confused with a “brain teaser” which is a verbal riddle). Solving brainteasers involves manual manipulation of the object in order to open, separate or reconfigure elements of the object. Sometimes the use of unexpected forces such as centripetal force, static electricity, or magnetism is required.

The earliest brainteaser-like objects were Chinese puzzle boxes and Mesopotamian knotted door locks. In both these cases the goal was to secure something, but the principles involved are nearly identical to the modern brainteaser. 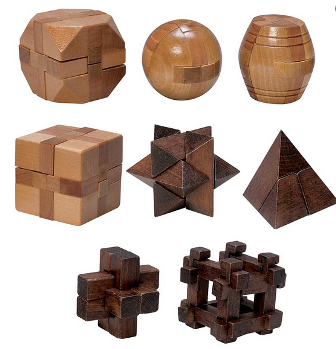 In 1979 the Rubik’s Cube took the classic brainteaser to a new level and created a worldwide craze. The Rubik’s Cube involves manual twisting of a cube to reconfigure it so each side becomes a matching color. After solving the cube became passe the world moved on to competitive speed challenges before interest waned. 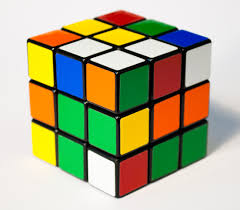