“This book is a massively in-depth study of mazes and labyrinths around the world, from modern to antiquity.” Written in 1922 – the first, the best. 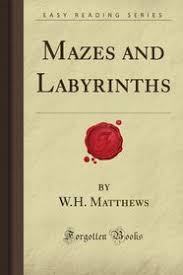 Taking an approach both reflective and playful, Helmut Jaskolski traces our fascination with this ambiguous ancient motif and shows, through stories ranging from myths and medieval tales to the labyrinthine fiction of Umberto Eco, that the labyrinth is a living symbol for our time.

The Unending Mystery: A Journey Through Labyrinths and Mazes

From ancient Mediterranean coin patterns to the great French cathedral labyrinths to contemporary cornfield mazes, labyrinths and mazes have appeared all over the world, but never have so many been created as in today’s revival, on farms, and in parks, churches, hospitals, and spas across the country. In his charmingly quirky investigation of an image that has inspired countless beautiful patterns and mysterious practices, David Willis McCullough offers an irresistible way to enjoy their enduring appeal. 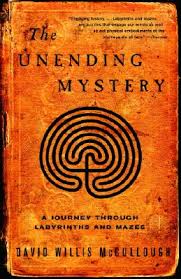 The Amazing Book of Mazes

In The Amazing Book of Mazes, award-winning maze designer Adrian Fisher presents over 350 photographs of more than 150 contemporary and historical maze designs, each one fully three-dimensional and interactive. In accompanying text, Fisher explains the complexities, innovations, and symbolism of each maze.

The Maze and the Warrior: Symbols in Architecture, Theology, and Music

The mazes incorporated into church floors and illustrating religious books were symbolic of an epic journey through this sinful world to salvation. A savior figure typically led the way along this harrowing spiritual path. …the theme inherent in spiritual mazes is also present in medieval song, in the Armed Man Masses of the Renaissance, and in compositions of the Enlightenment, including the works of J. S. Bach.

These aerial shots of ancient and modern labyrinths and mazes aim to offer a new perspective of an age-old phenomenon and an opportunity to better understand its meaning. Jurgen Hohmuth used a custom-made camera attached to a miniature dirigible to photograph the labyrinths and mazes. The resulting low-altitude aerial photographs capture in detail the designs, textures and settings that make each structure unique. 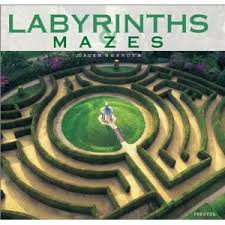 Labyrinths & Mazes: A Complete Guide to Magical Paths of the World

Through an extensive historical analysis of such an archetypal symbol – from the pre-historic Spanish petroglyph labyrinths to the modern revival – the author shows and describes almost all the labyrinths known up to the moment. 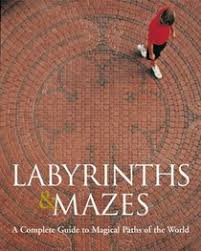