Skyrim is an open world, sword and sorcery video game by Bethesda Game Studios. While the world of Skyrim is filled with maze like locations, one location “the Labyrinthian” contains a hidden maze. This maze, known as Shaldor’s Maze, is relatively simple. What makes this maze exceptional is that it exists at all.

As the digital resolution of video games has increased and game play has tended toward action interest in mazes has all but evaporated. This humble maze is the most detailed virtual labyrinth thus far. 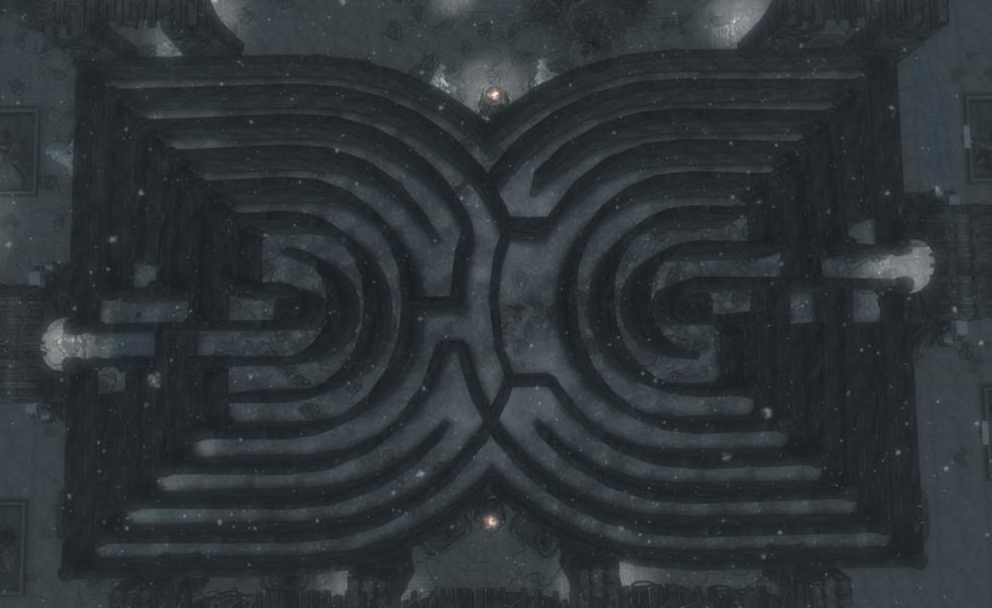