Introduction to The Trap

The Trap is seven rooms from which there is no escape. Six of these rooms lead to one another. One room, which I have named “The Abyss,” is the end of the journey.

If we assume that visitors can escape the Maze at any time by leaving via the front door the odds of eventually winding up in The Abyss (as opposed to just leaving) in any trip through the Maze is about 88%. If a visitor was aware of the secret door and made a vow not to leave till they visited the center of the Maze then the chances of winding up in The Abyss is about 99.99996%. 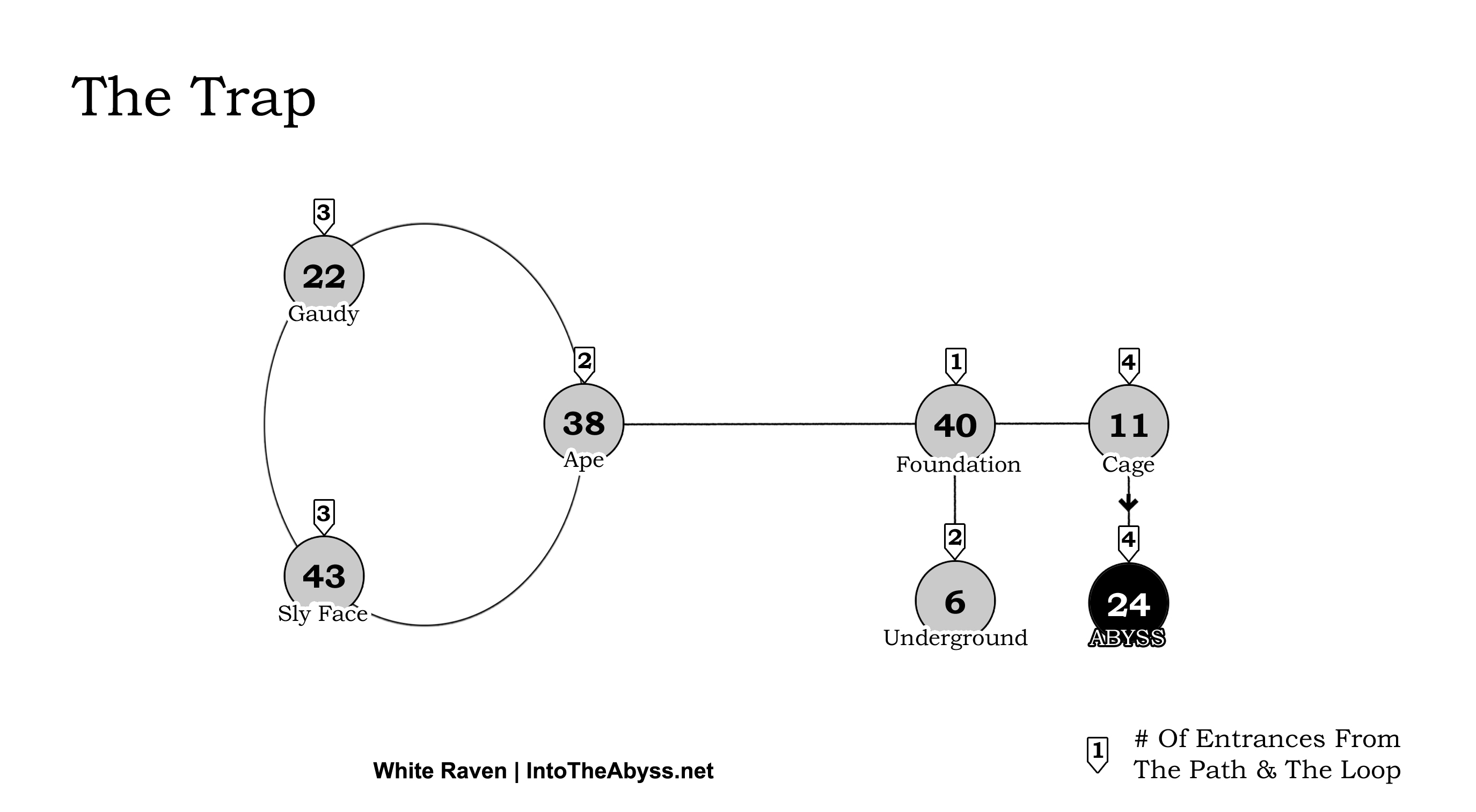 NEXT “The Nature of the House” >