Introduction to The Path

“The Path” is the 16 rooms of the shortest path to the center and back. Scattered around the path are 4 side rooms. Side rooms are rooms from which a visitor can return to the Path. If a visitor strays into any room besides the 16 rooms of the Path or the side rooms then they are either trapped or must return to Room 1 to start again via The Loop.

There are 30 doors that leave the Path (12 go to the Trap, 18 to the Loop). There are also 14 doors that lead to side rooms and 14 doors that lead to rooms on the Path but in the wrong order. All together there are 58 doors that are wrong choices. In comparison, there are only 16 doors that are correct choices, and all 16 need to be chosen in the correct order. The chance of doing this blindly (assuming the reader is aware of the hidden door) is about 55,738,368,000 to 1. Yes, you read that right, not 55 million…, 55 Billion. The reason for this unlikely number (there are after all only 45 rooms) is the way the Path is fashioned. Imagine a game where you toss a coin 16 times, if all of them are heads you win. The chance of winning at this game is 65,536 to 1. The Maze offers many more choices at every step than the coin flipping game which increases the unlikelihood exponentially.

Unfortunately for the reader the clues that indicate the right door are some of the most difficult riddles in the Maze to crack. In the end the only reasonable method of uncovering the 16 room path is to map out the rooms. This is how I discovered the correct path as a kid, and I am sure this is how it was discovered by the others who have found it over the years. Sure, it feels like cheating, but most of the clues are so incredibly subtle that finding your way by clues alone is nigh impossible. On that note… 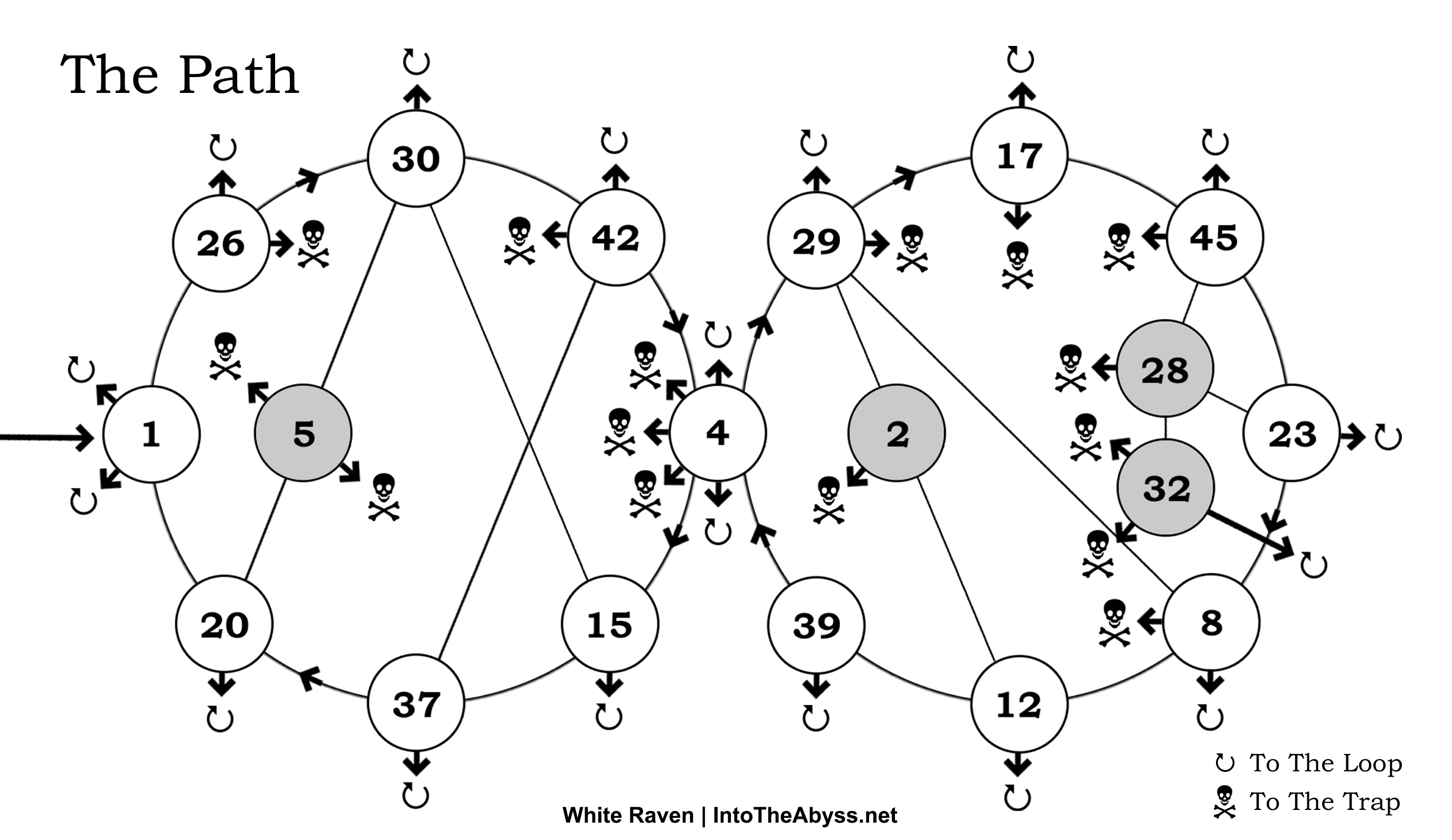 The far side of the figure 8 is Room 23 in which the correct door to take is…8. Amazingly, the figure 8 is also tied to another puzzle for no other reason than to add elegance…or is it irony? Another touch is that the only room that requires using four doors is Room 4.

NEXT “Introduction to The Loop” >